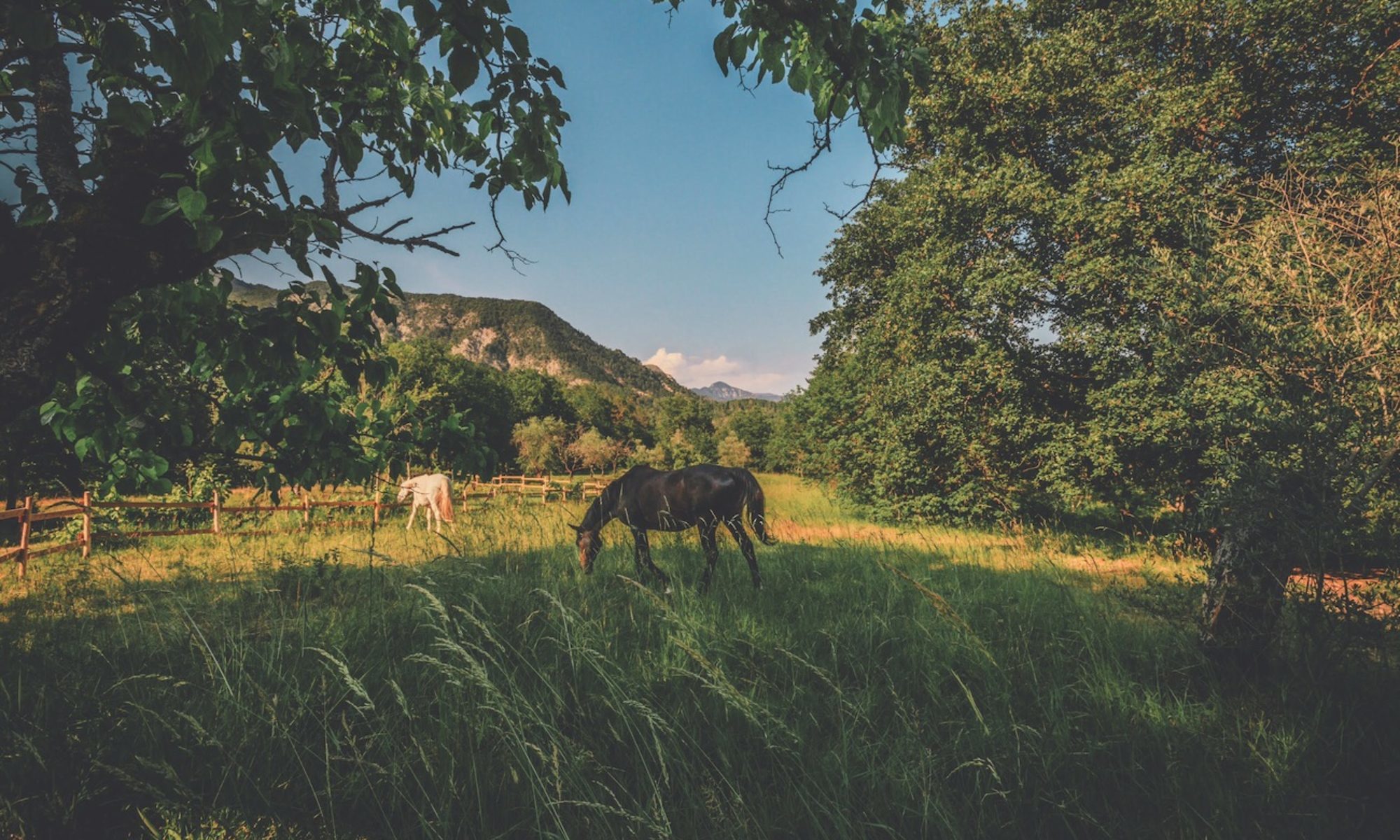 What if there was a way to solve most of the ills of our planet, would we be willing to do it?

Well, strange as it may seem … we just need to stop eating animals.

Because animals are sentient beings, so they should not be considered as ordinary goods. Our logic is to reduce the rate at which we destroy the planet, and to extend compassion to all living beings.

Animals are social beings, they know how to use tools, develop strategies, learn sign language, cooperate, build great cities, have fun and not just reproduce, they have a complex language, can even decorate their habitat, they feel a whole range of emotions from sadness to joy, and above all they have the ability to suffer, just like we do.

Yet we consider them to be inferior beings that we can exploit and kill at our leisure. Every year, in a complete indifference, 160 billion terrestrial animals and more than 1000 billion aquatic animals are killed throughout the world.

Is it morally justified to kill an innocent animal if we can feed ourselves in another way?

Depending on the culture in which we are born, our behavior towards animals can differ. Why should you respect a dog but not a cow, a cat but not a chicken, a dolphin but not a salmon? Speciesism is to species what racism is to race or sexism to gender, a mechanism of domination and oppression of one individual or group over another.

A fundamental ethical principle is nonviolence (Ahimsa), “thou shalt not kill”. Animals like humans are gifted with consciousness and feelings. Breeding and mass slaughter are as cruel as throwing stones at your neighbor’s dog.

As the saying goes, wouldn’t it be time not to do unto others (all animals including) what you wouldn’t want done unto you?

“We do not have two hearts, one for animals and one for people, we have a heart or we don’t have one.” Alphonse de Lamartine

Because the agro-industry of meat, fish and milk is the major industry responsible for the destruction of the environment, largely ahead of that of transport and construction, and because the planet – which is not infinite – is a common good shared by all the species that inhabit it.

Deforestation: 80% of Amazonian forests are destroyed to feed livestock.

Pollution and water wasting: 70% of the world’s drinking water is used by the agricultural sector and most of it by the animals we breed for their meat.

Ocean acidification destroys coral reefs, the lungs of the oceans.

Degradation and disappearance of cultivable land: 70% of the world’s land is occupied by livestock, arable land becomes sterile, and it gets drained and eroded at an exponential rate, the life of the soil is dying.

Destruction of animal and plant biodiversity: we are currently experiencing the 6th mass extinction of species, the largest in 65 million years.

The use of genetically modified organisms and cloning pose serious structural and ethical problems.

Is our way of feeding ourselves sustainable? Three times a day we have the opportunity to answer it.

Discover the ecological impact of fishing on the oceans in the short film “Loosing Nemo” and find out why the biggest environmental and political organizations do not talk about our planet’s most destructive industry today in the documentary “Cowspiracy”.

“There is enough on the surface of the Earth for everyone’s need but not for everyone’s greed. May we live simply so that others can simply live.” Gandhi

Because solidarity, the sharing of scarce resources and the increasing number of the world’s population are enough reasons to rethink our way of life and to move towards conscious, ethical and sustainable food consumption.

We are 7.5 billion human beings today, we will be about 10 billion in 2050, how can we feed everyone on a planet that is not infinite and yet that sees its meat consumption and its world population increase every single year?

82% of children who do not have enough to eat live in countries where food is given to animals that will be exported to Western countries. An alarming finding when we see that developed countries are affected by obesity and that 30% of global food production is thrown away.

We are about 800 million people on earth who have adopted a green-based diet.

80% of antibiotics sold in the United States are used for livestock.

Discover Matthieu Ricard’s “Advocacy for Altruism” Ted Talk, and James Wildman’s “101 Reasons to Become Vegan” conference, which invites us with hindsight and humor to rethink our way of life by getting out of the Matrix.

“The animals of this world exist for their own reasons. They were not made for humans, any more than blacks were for whites, or women for men.” Alice Walker

Because turning to a plant-based diet helps to achieve better health by benefiting from increased physical, mental and spiritual balance, because plant-based food is delicious and allows you to rediscover cooking and because food is your first medicine to avoid most modern diseases.

Is it necessary to eat animals to be healthy?

Plant-based food is low in saturated fat, but rich in fiber and antioxidants. It helps to achieve a physiological balance, it is regenerative, and it is adapted to all ages of life. It can fight against the biggest health problems of our modern world such as allergies, osteoarthritis, obesity, diabetes, cardiovascular diseases, and cancer.

It increases your overall energy, your regenerative capacity, lets you have a better digestion, a younger skin, makes it possible to fight against stress and depression, facilitates weight loss and restful sleep, and it grants higher performances and better recovery to athletes.

Plant-based food is very rich in diversity, tasteful and surprising, there is something for everyone. You can even adapt your favorite recipes by replacing meat or dairy products with one of many alternatives. It’s a way of changing one’s habits while sharing a good meal.

Moreover, anything enters your physical body is directly related to the effectiveness of your brain function. Food such as meat or fish stirs the mind and makes it difficult to control your thoughts. A subtle part of what we absorb turns into consciousness. The vibrations of a plant are very subtle and people who have switched to a plant-based diet can observe that a certain heaviness of spirit has disappeared and that their consciousness has become more harmonious.

Carl Lewis is a vegan Olympic champion, he won 10 Olympic medals, including 9 gold ones.

During 10 years of studies on average to become a doctor, 10 hours will be spent to study nutrition.

Check out Kip Andersen and Keegan Kuhn’s documentary “What the Health” and Irene Grosjean’s refreshing video, “Life of abundance“.

“Health is a triple harmony. Our mental plane must chase doubt by the torch of intuitive certainty. Our astral plane must destroy passions through the sword of the ideal. Our physical plane must avoid diseases through the touch of vegetarianism. But perfect body balance can only be achieved by the union of these three kinds of asceticism. A vegetarian can be sick if he sins against Purity or Truth. » François Brousse

We have seen that not eating animals anymore is a fundamental ethical solution with undeniable positive consequences that respond to the issues and challenges of the modern world and brings real hope for future human and nonhuman generations.

Keep these four questions in mind: is it necessary to eat animals? Is it sustainable? Is it fair? Is it morally acceptable?

The transition to more justice, compassion, and wisdom continues to evolve, and it is up to us to stop or accelerate this process.

Love is the highest degree of intelligence so:

Let’s take care of the Earth and the Living, Humanity and Animals, and share the wonders of Knowledge, Skills, and Abundance.